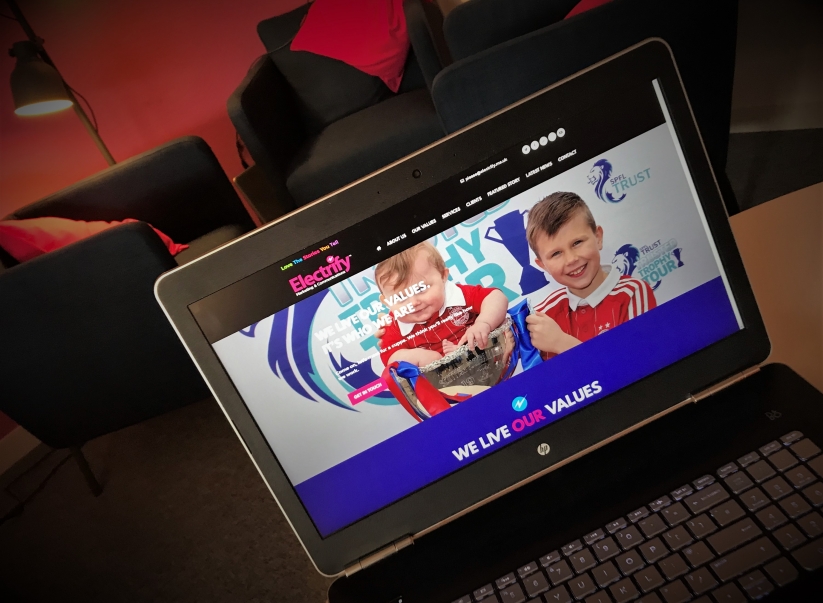 Electrify is delighted to reveal a key appointment today, with the news that Michael Mlotkiewicz is joining our team.

Michael will arrive from Dunfermline Athletic Football Club, where he served as General Manager for the last two and a half years.

His role included leading on all key commercial, marketing & communications activity at the Scottish Championship club, as well as managing the club's operations function.

In joining Electrify as a Senior Associate, Michael will take a key role in marketing, design and content media output that we create and deliver for clients.

"Michael's arrival is a big milestone for our business and significantly strengthens the team," he said.

"As well as his role with Dunfermline Athletic, he has strong experience in a publicly funded and education-based environment at Fife College, which was also an important factor for us.

"Everyone at Electrify is hugely ambitious to create something very special, by building a team with shared values of commitment, energy and honesty. Michael is going to play a big part in our next chapter."

Michael comments: "I am delighted to be joining Lawrence and the team at Electrify as Senior Associate. The company is moving in a positive direction, and l am confident with my skills and input, we can progress even further.

"I would like to thank Dunfermline Athletic and chairman Ross McArthur for the opportunity to be the club's General Manager over the last two years. I leave the position with many good memories."

As part of the changes Electrify has also introduced a new Company Performance Bonus system, which will deliver complete transparency between director and employee remuneration and incentivise every member of the team through a live real-time model.

Lawrence adds, "Our whole approach is to build something that everyone can be part of. We want our team to be limitless in their ambitions for themselves and for Electrify. I've never worked in an environment where we've been able to offer such transparency in how we're building our business for success."