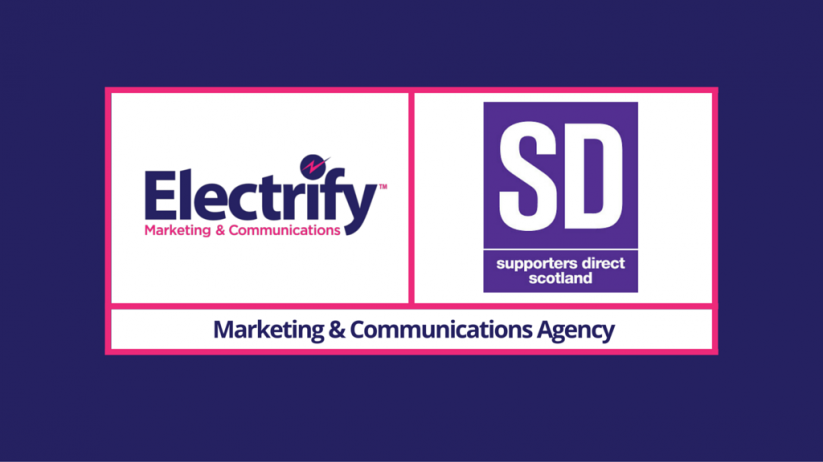 March has got off to a marvellous start with the news that Electrify has been appointed Supporters Direct Scotland's marketing & communications agency.

The project will include Electrify managing key elements of these projects such as PR & stakeholder relationships, media management, and creative output including a new set of marketing materials, with club specific tools.

Supporters Direct Scotland is going through a period of change, and it's an exciting time, he said.

There's a major push towards the centre ground, supporting clubs by engaging with supporters, businesses and stakeholders alike.

By taking a flexible approach, we're sure that the organisation can play a meaningful part around the debate on Scottish football's future.

Electrify is, therefore, delighted to be involved in that process, by helping to create visually strong campaigns with a real depth to the communications message. It's a great challenge, and one we're excited about.

Andrew Jenkin, head of Supporters Direct Scotland, added that Electrify are well placed to support the opportunities which lie ahead.

Lawrence's experience in terms of fan engagement and supporter ownership is second to none, he said.

With that direct front line experience, he is critical to our plans in the months ahead. Electrify is ideally placed to support us at an exciting time of development, and we're looking forward to working with them.

Electrify Marketing & Communications is an integrated agency, primarily offering services across sport, charity and community sectors. Driven by our values, our mission is to, 'electrify your audience, by telling an amazing story.'