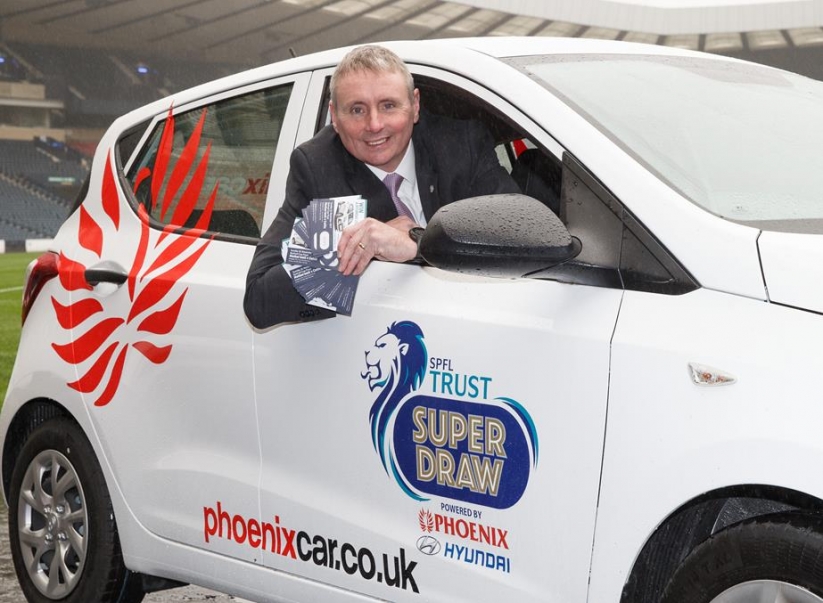 Celtic supporter Ross McFadden was happy at the outcome of the Betfred Cup Final for more than the obvious reason.

But he also won a huge prize in the first SPFL Trust Superdraw, powered by Phoenix Hyundai: a brand-new car!

As part of the charity's fundraising efforts to support its mental health in football strand of activity, the first Superdraw took place at the final with an incredible prize up for grabs.

We were delighted to play our part, helping the SPFL Trust by creating the visual identity of the new Superdraw, building a social media campaign, and putting together a PR opportunity featuring Tom Boyd, who lifted silverware with both clubs during his career.

This is part of Electrify's partnership to deliver retained marketing & communications support to the official charity of Scotland's professional football league.