Making a racket for McEwan Fraser 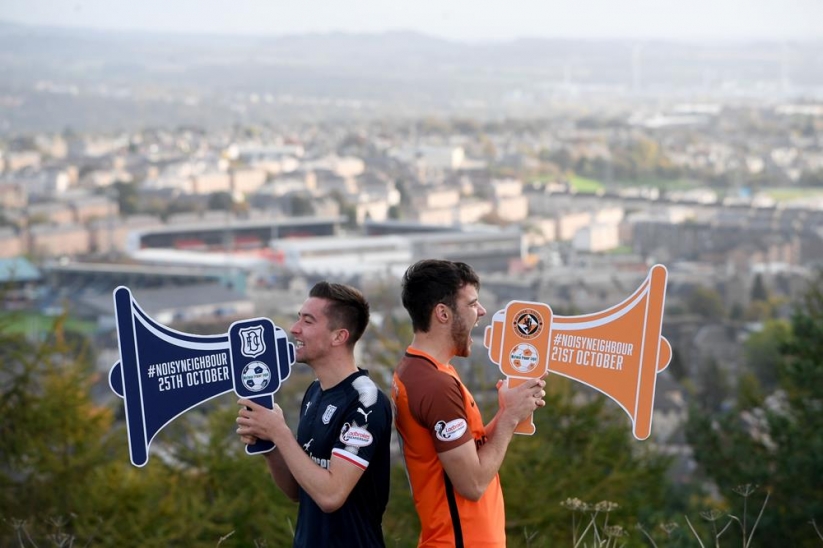 In October, our main focus with clients McEwan Fraser Legal, was to cause a bit of a racket. We pitched fans of both Dundee-based football clubs against each other to find out who could produce the most noise, in a game of #NoisyNeighbour.

We kicked off the campaign with a photocall involving United's Scott Fraser and Dundee's Cammy Kerr at Dundee Law, overlooking the two famous old grounds.

The two players went head to head, shouting into their megaphones', as media captured some brilliant photos of the friendly rivalry.

Armed with a decibel reader we went along, and moments before kick-off, the crowd were encouraged to whoop, cheer and shout, to make as much noise as possible.

Although the Tangerine Army made a valiant effort, scoring a very respectable 83dB, they were, however, pipped to the post by the Dark Blues, who won with a score of 86dB.

The campaign secured coverage across newspapers, TV and digital media outlets with channels including STV News, The Scottish Sun, The Courier and the Evening Telegraph.