Making a difference to Dementia Dog 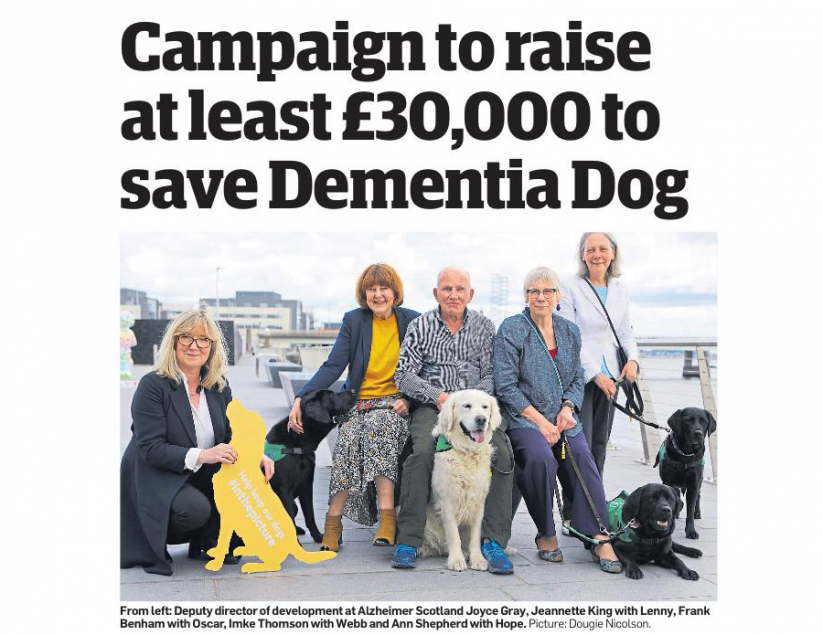 Dementia Dog is a unique collaboration between Alzheimer Scotland and Dogs for Good.

A hugely innovative project, it provides 'assistance dogs' to families with someone who has dementia.

These remarkable dogs are trained to provide vital assistance to people in the earlier stages of the disease.

They help their owner remember to take medication, wake up, answer the door, providing calm companionship during times of stress. Of course, the dogs need to walk every day, and that routine is good for both animal and companion. 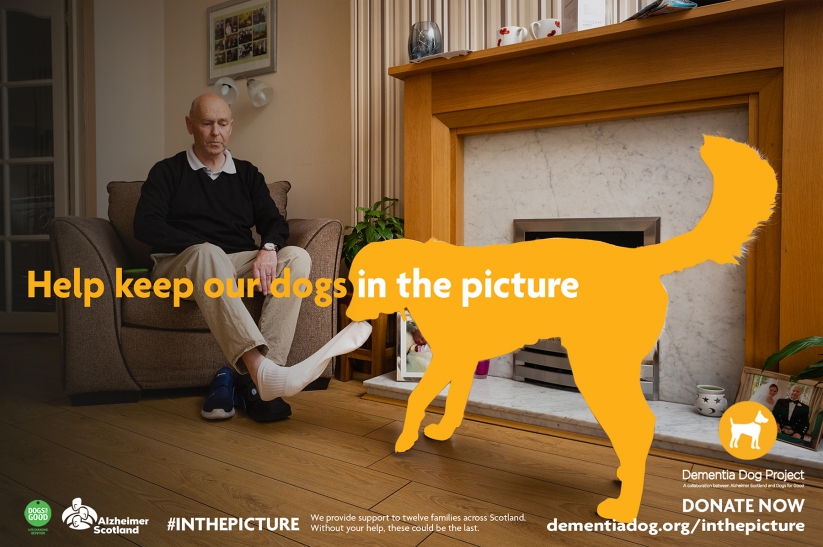 We met so many families during our work for whom their Dementia Dog has added stability, support and in some cases potentially lengthened the lives of those they are so loyal to.

With a major funding phase coming to an end, Electrify was engaged to create and execute a major storytelling campaign to help crowdfund to provide the funding for the project to continue in Scotland.

Introducing In The Picture

Our campaign was called, In The Picture, and it focused on the idea of keeping these amazing dogs in the lives of those who really need their help.

We created a lead film, working with an actor who told the story of his friend, 'Charlie'. We hear from Douglas who tells us how important Charlie was in dealing with his dementia diagnosis.

The twist in the tail is (literally) the revelation that, of course, Charlie is an assistance dog.

Supporting this was four stories, each very personal from families who have a dog but told from a different perspective.

Henry was diagnosed with vascular dementia over 10 years ago. He became depressed and withdrawn, thinking that he had little time left. Henry heard about the Dementia Dog programme and applied, as the family had previously had dogs and he thought a dog would help. Henry had no idea just how much.

Hope by name, and hope by nature. This was the story of a very special dog who has changed the lives of an entire family giving Claire's mother and Lauryn's grandmother, 'something to live for'.

When Glenys' husband Ken was diagnosed with vascular dementia nine years ago, it changed their lives. The family struggled to cope with the impact of dementia and Glenys was at breaking point. But when Kaspa joined them, everything changed.

An incredibly emotional film, Frank tells the story of Oscar who supported his wife beloved Maureen. By the time the dog arrived in their home Maureen had stopped speaking, but within days she was talking again - to Oscar! We learn just how loyal and loving Oscar was until the end, when he goes to say goodbye.

A look at some of the impact behind the campaign:

At Electrify we tell powerful stories that inspire action. We work with clients across sport, community and the third sector delivering powerful campaigns. Our clients include the SPFL Trust, purpleTV, Alzheimer Scotland, BBC ALBA, purpleTV, Registers of Scotland, LinkLiving, and Dogs for Good.

If you would like to find out more drop us an email to please@electrify.me.uk.