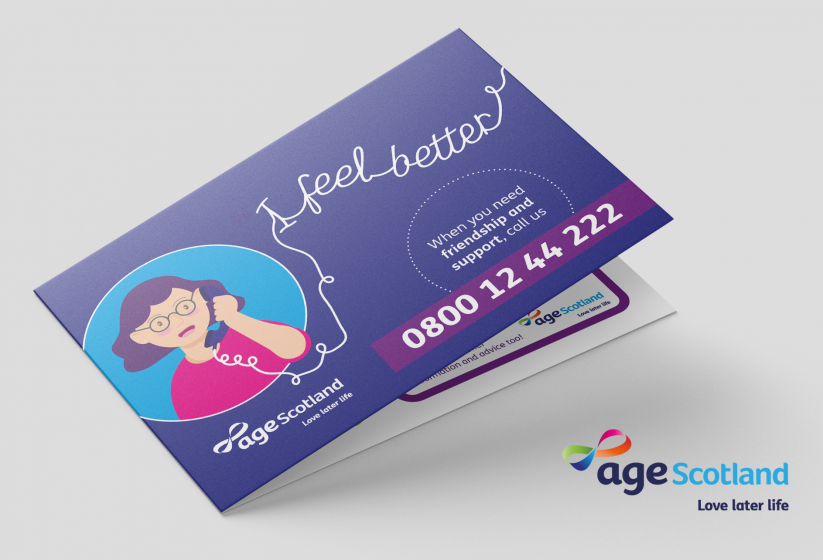 We've been proud to work on a really important campaign with Age Scotland recently to raise awareness of their free friendship helpline for older people.

Age Scotland asked us to help them to promote their helpline number to potential users - some of the most vulnerable and isolated people in our society.

The brief was to create a promotional marketing campaign with one creative concept to be used across all platforms to help deliver consistent messaging.

We designed an eye-catching advert for pharmacy bags which were distributed to nearly 500 pharmacies across Scotland, and striking leaflets to be delivered to around half a million households.

In addition, we created an Age Scotland landing page to deliver the key messages of the campaign, which included a beautiful animation by our talented creative team, and a range of assets to be used to promote the campaign on social media.

Our head of creative Lauren Bennett, said: "The first thing we do on any project is to ask our client loads of questions, it's the best way to make sure you fulfil the brief. In this case we needed to find out more about the helpline and what people say in calls."

Lauren and our managing director Lawrence Broadie developed an idea, using mock-up calls, to find out what reaction people gave at the end of these. We married this up with scripts from real calls to Age Scotland's helpline. 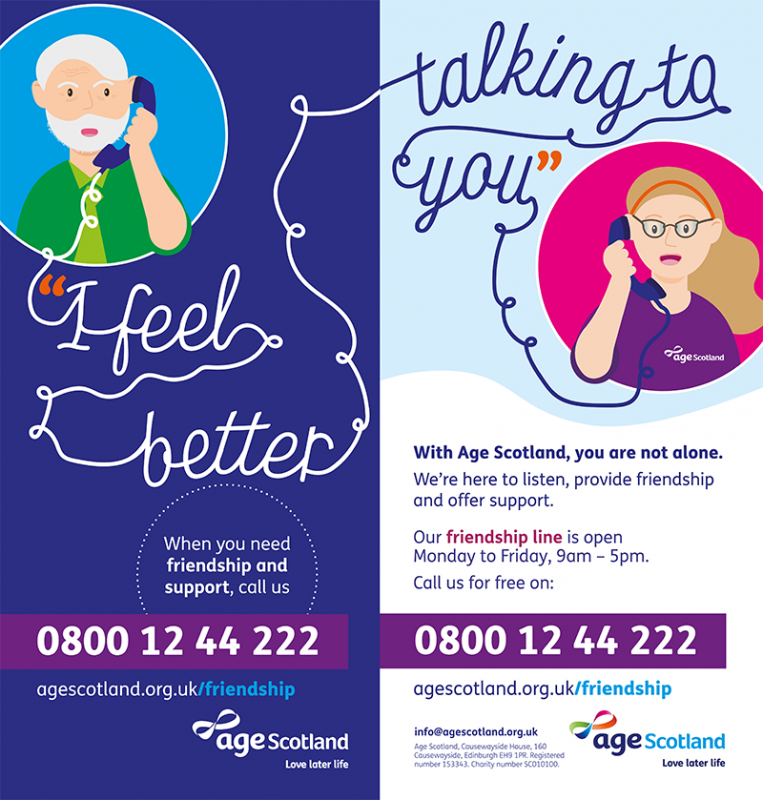 One consistent theme came about, that people felt so much better after talking; and so this became the top level line in the campaign. The words, 'I feel better talking to you' are very simple, and in some ways, it didn't feel life-changing or dramatic, but when you really think about it, there was a sense of reassurance that we felt would resonate.

Lauren explains: "This seemed to be a core piece of messaging that we had to get across, essentially that the helpline makes people feel better.

"We thought about how people may feel before the call, isolated, sad, quiet, dark and gloomy, and decided to use dark colours in the animation that became lighter when the person speaks to someone on the helpline.

"The words, 'I feel better talking to you' are very simple, and in some ways, it didn't feel life-changing or dramatic, but when you really think about it, there was a sense of reassurance."

"It shows in a very subtle way that their mood has been lifted by talking to someone and that words really do matter."

Our team came up with some powerful copy to be used across print and digital collateral, and developed a script for the radio adverts, partly inspired by the mock up calls and research we'd carried out into the typical calls the charity receives.

Scottish comedian and actor Greg Hemphill from Chewin' the Fat and Still Game very kindly agreed to voice the radio advert for free because he's a huge supporter of Age Scotland. 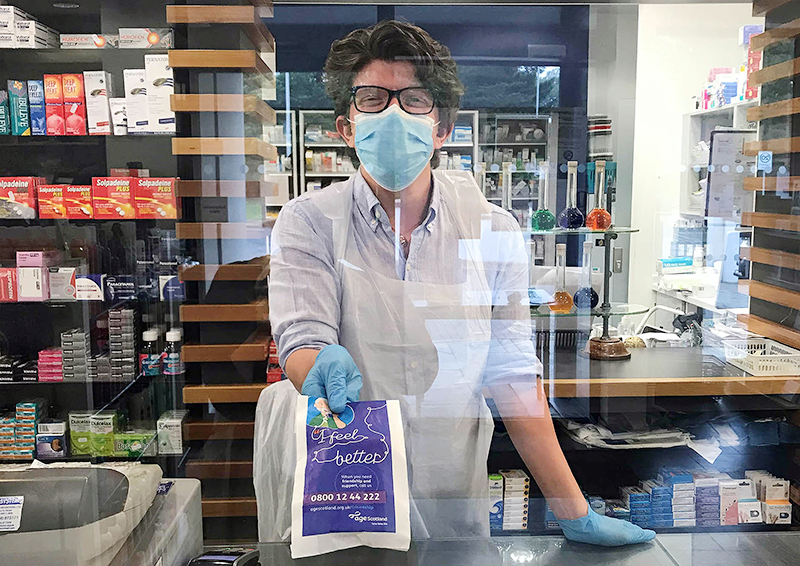 Lauren continued: "The friendship line has had a massive increase in calls and Age Scotland has told us they love the campaign.

"They've even asked us to expand it, using what we've created, to create a fundraising campaign for the helpline service.

"The feedback from them has been great, they've been getting lots of engagement, a pharmacist even sent them a picture of himself holding one of our bags!"

Lauren also got a bit of a thrill when one of her leaflets dropped through the door of an elderly neighbour who showed it to her because she was aware that Lauren had been working on the campaign.

Lauren said: "It was really lovely to see something that I had created come through a neighbour's letterbox. I felt very proud to have been part of such an important campaign."

We do so by developing supercharged, inspiring ideas; producing powerful, creative, multi-platform content; and by delivering opportunities for the right reaction by ensuring the people you want to see and react to a campaign are able to do so.