Electrify go beyond the picture 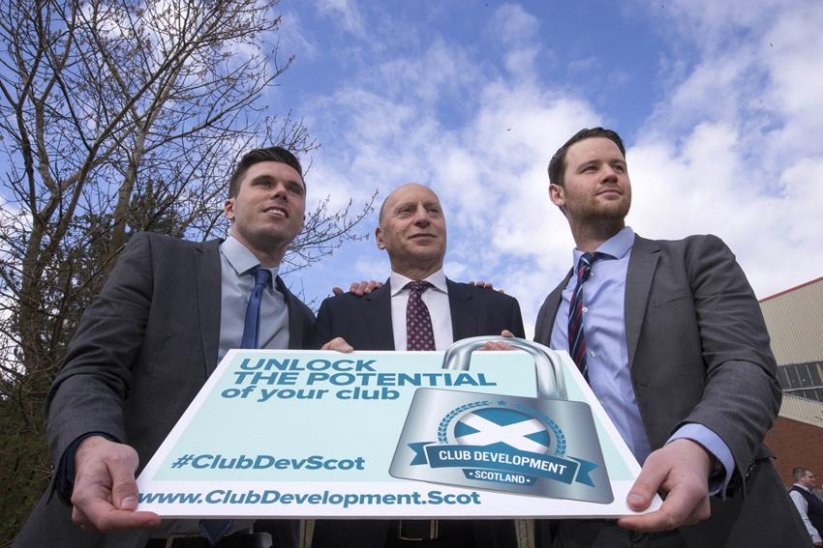 Yesterday we were in Motherwell at Fir Park for the launch of Supporters Direct Scotland's new advisory service, Club Development Scotland.

We were happy to be able to help put on a media launch with the challenge of getting the story out there — not just a branded picture.

Sports PR often involves the picture being the most important element, with words written or spoken focusing in on on-field matters.

Whilst always grateful for this coverage, we wanted to push the boundaries and ensure the story itself was well told.

To that end, Head of Supporters Direct Scotland, Andrew Jenkin was joined by football finance expert Bryan Jackson (one of the new professional advisers available through this service) and Craig Hughes, general manager at The Well Society.

To add a little sporting magic, Motherwell captain Keith Lasley was also on hand for interviews and pictures.

As well as a successful media event, we worked with STV News to support a featured report on the STV News at Six, and live interviews with Andrew and Bryan on Scotland Tonight.

Watch: It was great to be able to help get some super coverage for #ClubDevScot on Scotland Tonight, last night! https://t.co/loANkvEQyQ

As you can see from the coverage — it is superb!

Driven by our values, our mission is to, 'electrify your audience, by telling an amazing story.' Clients include: DPS Group, purpleTV, the Homeless World Cup, Supporters Direct Scotland, McEwan Fraser Legal, and the Scottish FA.