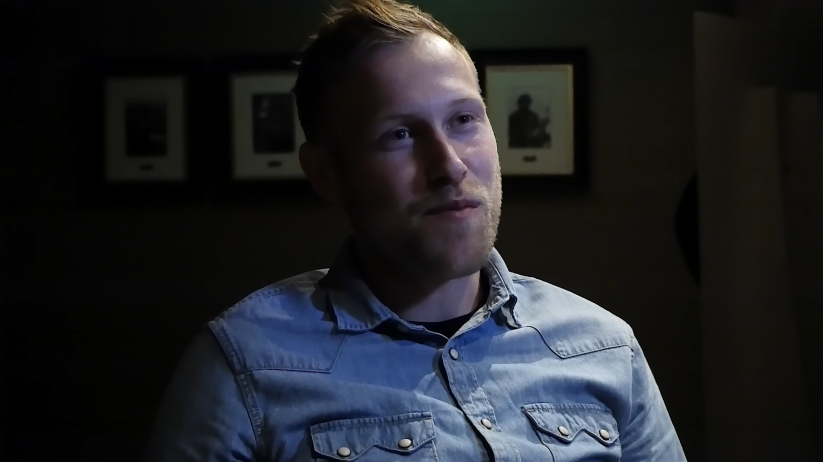 When Electrify was ask by the SPFL Trust to promote their annual charity golf day, we wanted to look beyond the golf day and look at what they were raising money for, and why.

They run the golf day in conjunction with the Chris Mitchell Foundation, to raise funds for mental health first aid training at Scottish football clubs.

Chris Mitchell was a young Scottish footballer, who after suffering a back injury fell into a deep depression, and died by suicide on 7 May 2016.

His family set up the Chris Mitchell Foundation to provide mental health training for clubs and support for footballers — to break down the stigma of mental health and to empower players to reach out for help when they need it.

We felt that telling Chris's story, by the people who knew him best, was the most important aspect of this project. Chris's story is the reason that this funding is so crucial.

We gathered together six of Chris's closest friends and teammates, and took them to The Carrick by Loch Lomond, where the golf day will be held.

Scott Arfield, Mark Steward, Tam Scobbie, Chris Higgins, Derek Lyle and Paul Sludden came together to reminisce about some of the best times they had with Chris, and the moment they found out what had happened.

ud83dudcfa We're proud to work with @CMFoundation_ to deliver mental health first aid training in Scottish football, but who was Chris Mitchell? In this film, six of his teammates - and friends - talk about the Chris they loved...Mitch. If you feel able, please RT to share. pic.twitter.com/eYPbtLHOe5

We edited down the footage into two distinct films, the original Mitch film, which focussed on who Chris was to his friends, and a second film focusing on the work of the foundation and why it is needed in Scottish football.

Within a week, the original film had gone viral on social media, being viewed hundreds of thousands of times across social media.

It is really important to note that at no point in the films did we ever mention the Golf Day. It was far more important to highlight, very simply, why it is such an important subject matter.

This project is just one example of our work to deliver retained marketing & communications support to the official charity of Scotland's professional football league.