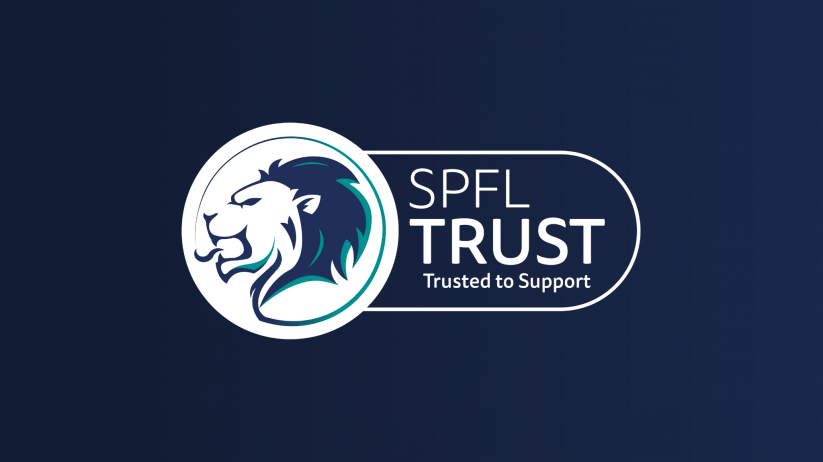 Over the last few days we've been involved in an initially unexpected project, which has catapulted our client, the SPFL Trust into the limelight.

We asked our managing director, Lawrence, to take up the story...

We are happy to announce that the SPFL Trust has received the biggest personal donation in Scottish football history.

James Anderson's initial grant, worth over £3m, will be used to help @spfl clubs and support their communities during Covid-19.

I've got a really strong relationship with Nicky Reid, the SPFL Trust's CEO. When she rang me about 15 days ago, it was to start a journey of significant, transformational change for the charity she leads.

"I need to talk to you in confidence," she said. In itself that's not new. In my role I regularly speak to clients about things which require discretion or sensitivity.

Nicky revealed to me that the SPFL Trust had been invited to take over discussions with James Anderson on the possibility of a multimillion-pound donation.

At that stage, Nicky had not met James. He had had initial conversations with the SPFL, during which it became clear that a partnership with the SPFL Trust might work well. And so, it proved.

A lot of the work we do is seen above the parapet, and that's certainly the case in this campaign. But I'm also proud that our clients are generally very good at bringing us in at an early stage when significant campaigns are emerging.

Over the coming days we discussed the strategy and approach, how we would deal with some of the understandably challenging questions. Mr Anderson has been a generous supporter of Heart of Midlothian in recent years, and with the club facing relegation after the season was ended early, plenty of people wondered if this was a final play from Tynecastle Park.

It wasn't, but of course there is always room for those who misunderstand, or indeed wilfully choose to do so, but we knew how important it was to get these bits right. We specifically focused on some key principles, which well reflects the work of the SPFL Trust.

We needed absolute transparency. This meant not just on the obvious areas that could incur controversy, but about the overall background to the donation, how it would be split, and the process and conditions that clubs would require to adhere to, in order to qualify. If they did so, they would quickly receive a £50,000 grant.

Which raises an interesting point. In the week or so before the SPFL Trust formally stepped into the process, the phrase 'no strings attached' was used extensively. It's understandable why that was so, but with the agreement being formed between Mr Anderson and the SPFL Trust there would, indeed, be conditions.

Of course, this was nothing to do with league reconstruction - in particular which division Hearts would find themselves in. But being a charity, governed by the Office of the Scottish Charity Regulator, and led by an independent board of trustees, the SPFL Trust did have some clear obligations that would be required in order to accept the donation, and thereafter make a grant available to 42 clubs.

This meant thinking a little bit about language. The 'no strings attached' line was binned. In its place was something less punchy, but importantly this was widely used in media copy. We talked about the fact that the donation made, "without qualification or pre-condition relating to future structure or governance at the SPFL." 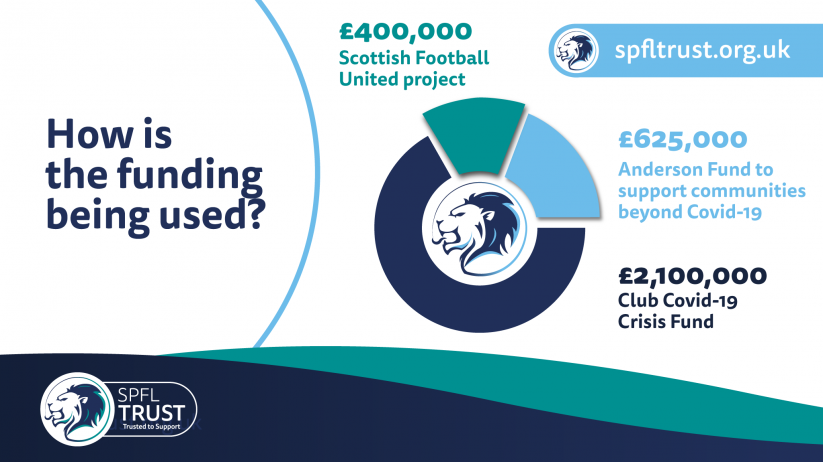 Another factor is that James Anderson seeks no publicity. He isn't in it for the fame, and he's already got the fortune. He's a thoroughly decent person, who wants to help projects around the world he cares about be better and stronger. This meant that we had to accept that he would not give any interviews, other than providing us with a series of strong quotes for the media pack, as well as his guidance where we asked for it.

The reality was we had to go into this campaign, without the biggest hook. It worried me in some ways, but I think when you accept that it's something that isn't going to change you're better placed to just get on and deal with it.

I said that the donation is transformational to the SPFL Trust. Its final value is worth over £1m and will enable several new, ambitious projects to be advanced quickly, far more so than would have otherwise been possible. It is a genuine gamechanger, and with Mr Anderson and other benefactors he has introduced to the SPFL Trust set to provide further support, this is hopefully the start.

From our side, we had to do a lot and very quickly. It meant building a communications plan, which was executed within six days. It was one of the most ambitious pieces of work we have done, in that we took our approach beyond the traditional PR involved in a project such as this.

We had recently completed a re-brand for the SPFL Trust, but had put its use on hold because of the Covid-19 crisis. The same goes for a beautiful film, called courage which we created, after filming on location at clubs across Scotland.

In what was something of a leap of faith, we did what we wouldn't normally do, and decided to run the whole lot together. With a major audience about to engage with the SPFL Trust, many for the first time, we felt it essential that the new visual ID was in place.

And on that same basis, if we were to see the type of traction we thought was possible, the showcasing the new film, which celebrates 10 years of the SPFL Trust just felt right. We felt the risk of it being lost was outweighed by the benefit of eyeballs.

You make decisions in situations like this, and you hope you get it right. We use data, but we trust instinct too. The good news is we got it right, and I feel confident about saying that.

to be brave, to be fearless, to act from your heart, to face your anxiety, embrace opportunity, be who you are, and find your own path...

When we saw Sky Sports News and BBC News using the new brand, we were almost relieved. Imagine if we had left the old brand, perhaps just weeks before changing it? Instead we were out there, and all in!

The brand itself is a step away from the traditional SPFL branding. When the new league was set up the SPFL Trust received (basically) just a different colour-way of the same logo, with the name changed.

That was understandable, and whilst we wanted to retain connection to the league, and importantly the 42 clubs, research showed us that clubs with charities don't just have a different colour of badge. 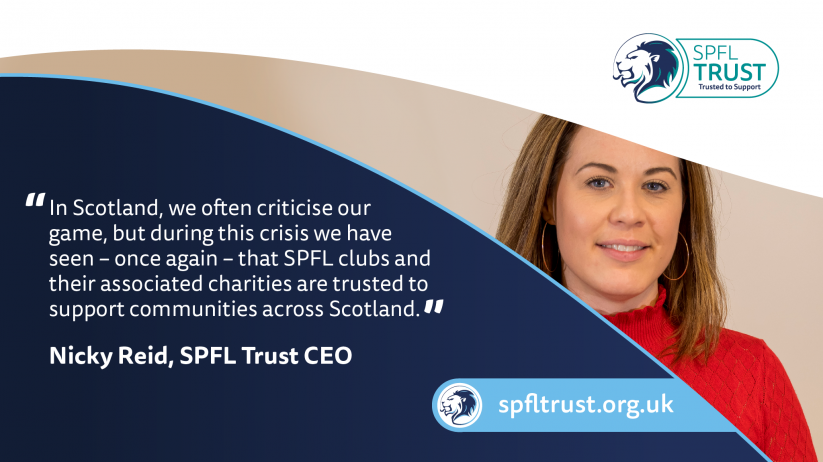 So cleaner lines, a beautiful new font, and a stronger use of alternate colours became a big part of the approach. These new secondary colours will help us distinguish between the different strands of activity: health, inclusion, attainment, capacity building and promotion.

As part of the launch we required to turn around a website refresh onto the new brand in that same six-day period (which we did), as well as ensuring all social channels and planned content on them looked their best. We planned a strong, proactive volume of content throughout the launch date, with a clear decision to engage with supporters. We used static and a little animation. Of, course the new film was on brand, too.

In case you missed it, @amyjirons spoke live with our CEO, Nicky Reid on last night's @BBCScotNine following yesterday's news that James Anderson has donated more than £3m to the SPFL Trust.

Amy also gives us a really clear explanation of how the funds are to be split. pic.twitter.com/ehfmJTXCtD

All of this was done against the clock. Things like final media packs, and images of James were all nailed in the last 24 hours, giving our creative team little room for manoeuvre in terms of brining the new brand to life. They did it, if I may say, brilliantly.

On the day itself, the media release went out, and we had a range of set-piece interviews all conducted by Nicky from her home. We specifically chose not to offer a media conference, because we felt one to one was more personal and enabled media colleagues to understand the story in a way that would suit their audience. All the while we were open, helpful, and committed to answering every single question put our way.

In fact, the questions were fewer than expected, and I will confess to being really proud when more than one journalist told us the media pack was exceptionally put together. The detail was there, and so many questions which might have been asked didn't need to be. Doing so ensured we really were extremely consistent.

It was the most informative, efficient and compressive release I have ever received.

Another wrote to me to say it was the best media release he had read in his 48 years as a sports writer. We try to never get too high on the good moments or low when stuff doesn't go well, but it was with pride that I shared that email with our team.

By the time Nicky did her final interview at 9.40pm into BBC Scotland's The Nine it had been a 15-hour day, but absolutely everything had gone well.

In the latest count, almost 160 pieces of media coverage were secured across digital, radio, TV and print. We saw the SPFL Trust's social channels enjoy their biggest day since we launched the film, 'Mitch' in January 2018, and feedback across the board was overwhelmingly positive.

I don't know if it as a seminal moment for the SPFL Trust, perhaps it could be; time will tell. But what I do know is that the volume of coverage, the consistency of understanding shown in reporting, and the wave of engagement online put the SPFL Trust front and centre. Given what they do, that can never be a bad thing.

We do so by developing supercharged, inspiring ideas; producing powerful, creative, multi-platform content; and by delivering opportunities for the right reaction by ensuring the people you want to see and react to a campaign are able to do so.

Some of our key PR & communications clients include: MGALBA / BBC ALBA, Dogs for Good, SPFL Trust and LinkLiving.