Electrify cook up a treat for BBC ALBA 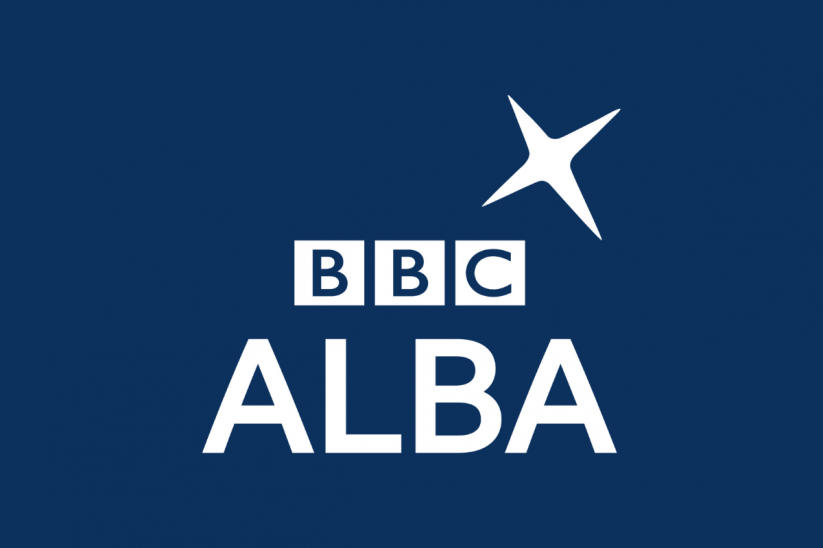 The team at Electrify have been helping to create a spectacular first few months of 2020 for our partners at BBC ALBA.

And it comes despite the challenges of securing coverage while the current news agenda is dominated by Coronavirus.

A really strong schedule of original content has aided our work in securing media engagement across multiple outlets in Scotland and beyond. In total there has been over 100 pieces of coverage during the first quarter of the year.

The Scottish sensation Peat & Diesel featured heavily across media outlets. Their documentary, 'That's the way we do it! - Peat & Diesel', secured many, many column inches and airtime. 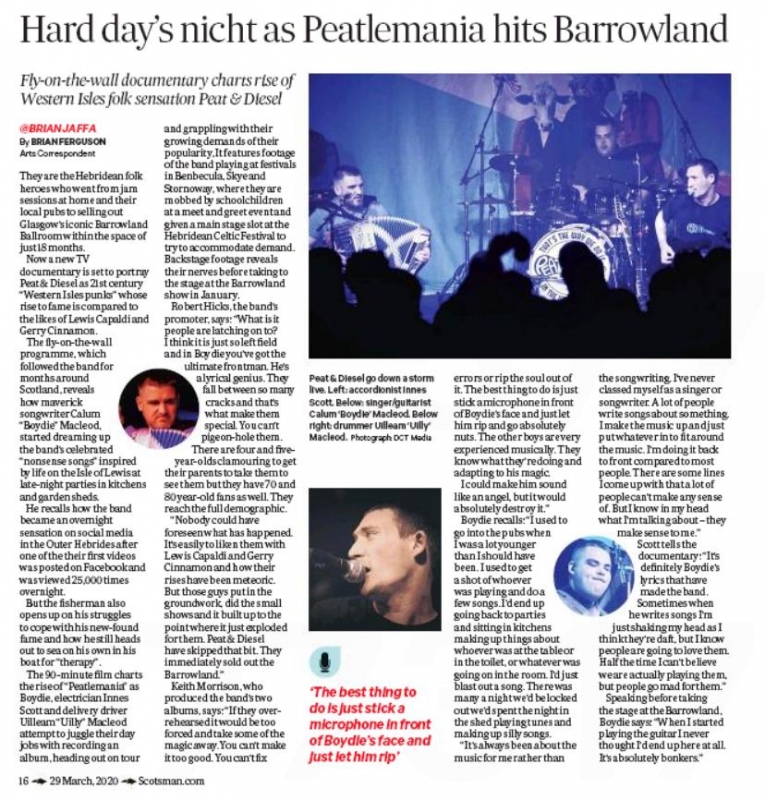 We set up an interview with the band's accordion player Innes Scott on BBC Radio Scotland Morning show and secured coverage in the Scottish Daily Mail, Scotland on Sunday and The Scotsman, The Herald, The National, STV online and several local and regional titles.

Back in January, the New Year kicked off with lots of media coverage for The Highland Cattle of Ardbhan.

This beautiful film, documented their amazing journey from the deserted Hebridean island of Valley across a beach at low tide to the mainland, where they give birth. The programme enjoyed a great show in the Sunday Post, the Scottish Farmer and several local newspapers. 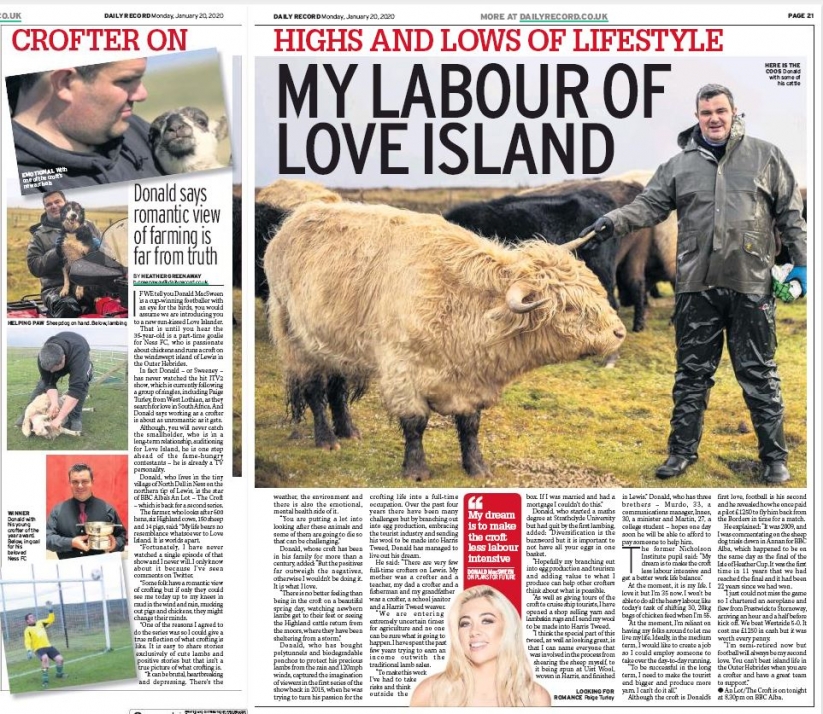 A double-page spread entitled, 'My Labour of Love Island' with Donald 'Sweeny' MacSween in The Daily Record was one of the big media highlights as part of our work to promote An Lot.

Sweeny also appeared on BBC Radio Scotland with Kaye Adams to talk about life in the Outer Hebrides. On top of that, we were able to secure extensive media coverage across local newspapers and in Scottish Field magazine.

This documentary tells the inspirational story of a community's vision to build a world-class visitor centre to celebrate the history of St Kilda. 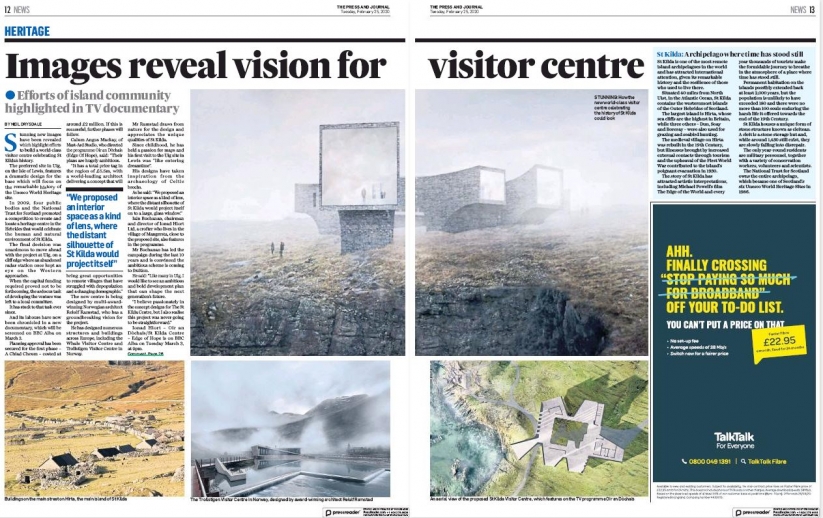 We also worked really hard to find PR opportunities for tasty cookery programme 'Seòid a' Chidsin - The Kitchen Coves', which resulted in a lovely interview as a page lead in The Herald.

Equally, it was a sweet to secure recipes featured in The Press and Journal and the Courier's weekend The Menu supplement.

We've spent a good part of the last few months cooking up these types of opportunities to bring Gaelic kitchen cuisine into the mainstream media, so it was great to see coverage come to life!

The enthusiastic Ramsay MacMahon featured in a wonderful programme, 'Mach a Seo! / Let's Go!'. He ventures far and wide across Scotland for the ultimate staycation. Media coverage was secured across a range of regional newspapers including Fife Today, Aberdeen Evening Express, Oban and Lochaber Times and the Orcadian.

We also successfully secured PR for 'The Brewdog Story', which told the story of the founders of the global brewing phenomenon, in the Daily Record, Scottish Field, local and regional titles. 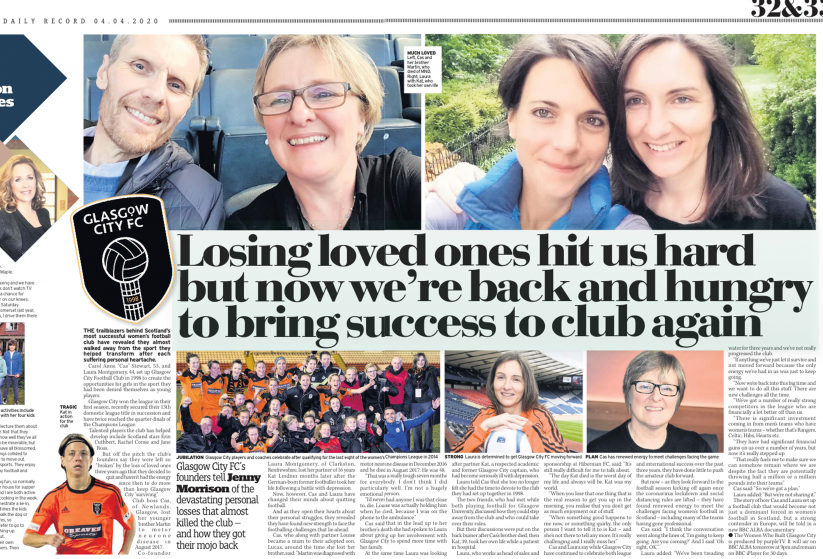 We were also thrilled to breakthrough to new broadcast media territory for BBC ALBA, by securing an interview with the founders of Glasgow City FC, Laura Montgomery and Carol Anne Stewart, on BBC Radio 4's Woman's Hour to publicise 'The Women Who Built Glasgow City'.

In addition, we secured media coverage in at least 15 newspapers and online publications including the Daily Mail, Daily Record, Evening Times, Glasgow Live, Herald on Sunday, the Press and Journal, the Scotsman, Herald and The Telegraph.

We do so by developing supercharged, inspiring ideas; producing powerful, creative, multi-platform content; and by delivering opportunities for the right reaction by ensuring the people you want to see and react to the campaign are able to do so.

Some of our key PR & communications clients include: MG ALBA / BBC ALBA, Dogs for Good, SPFL Trust and LinkLiving.