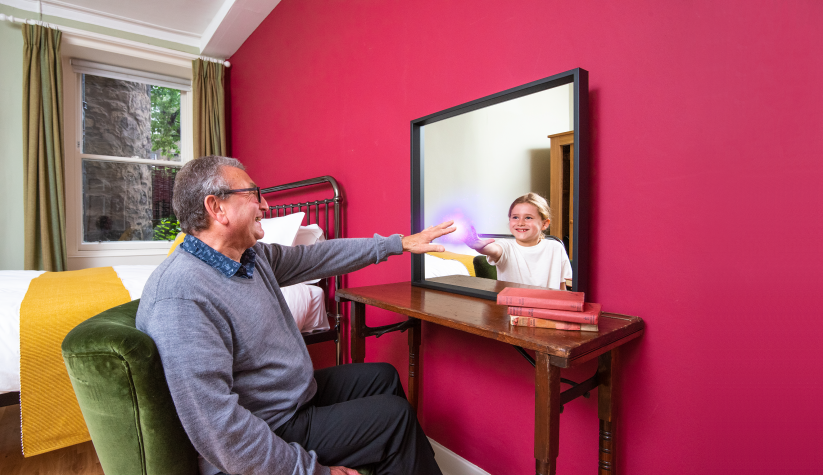 Alzheimer Scotland have unveiled their new campaign, which encourages people to consider leaving a legacy in their will.

Our team helped to develop Closer To... with a real generational focus, designed to show the impact any gift has on those who will be here after we've gone.

ud83dudc9c | In Scotland, over 90,000 people have dementia. We want to help families get #Closer to a listening ear, whether that's our 24-hour Freephone Dementia Helpline or at our growing number of Dementia Resource Centres across Scotland.

Although the execution looks beautiful and very simple, it's actually one of the most technically complicated projects our team has taken on.

A series of stunning images was created using two family members at least a generation apart. In each one, the younger appeared in the mirror, with the older reaching out. A little purple dust was used to create a sense of magic. 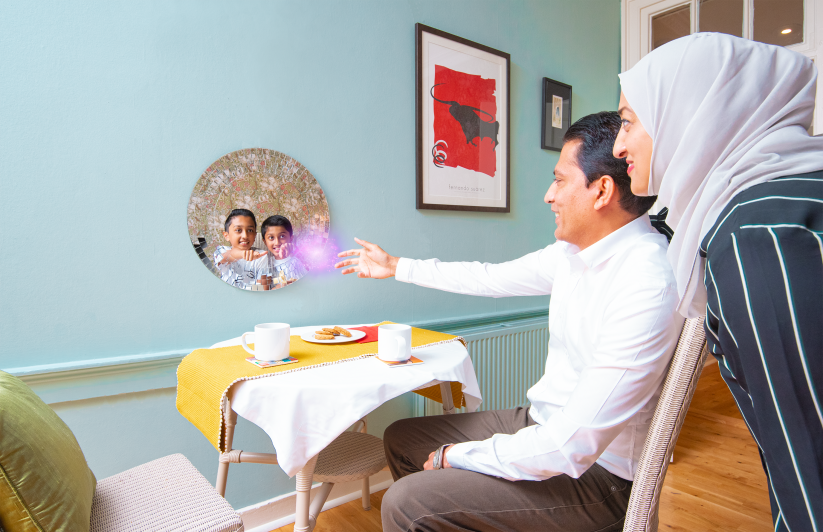 In fact, each image is formed of two images, with precision absolutely critical to each image to ensure that the hands reaching out could actually meet. This took plenty of time on the day (we allowed for two hours per image) and also in post-production.

We hope you agree that the outcome is spectacular!

The beautiful images appear in a raft of different forms across a new campaign landing page at alzscot.org/legacy, across social media, and in print with a new legacy pack, as well as posters and postcards which are available for Alzheimer Scotland's Dementia Resource Centres (DRCs).

Our team has also helped Alzheimer Scotland plan out the campaign across social media over the next three months, creating a range of animation, photography and statistical graphics all used to help create a powerful flow of content.

Closer To... is an example of the integrated three-stage approach that our team takes when building campaigns of this nature.

Electrify is a creative marketing & communications agency based just outside Edinburgh. We work with clients across sport, community and charity sectors, including: Alzheimer Scotland, LinkLiving, Dogs for Good, BBC ALBA, BTA, and DPS Group amongst others.